Key word. Persevere. Fight. Keep going. Go against all odds. You get the picture.

But when I am left alone with my thoughts, I question it all. What was the point of difference between you and I? Which part of all this perseverance is mine, and which was yours? To fight means there’s a battle to endure. I had my battles. You fought my demons, but never could fight your own. And as much as I like to believe I was a warrior, I could never fight against you or your chosen allies.

We choose our allies. And now I am left with the ghost of an ally.

Below: the theme of it all. 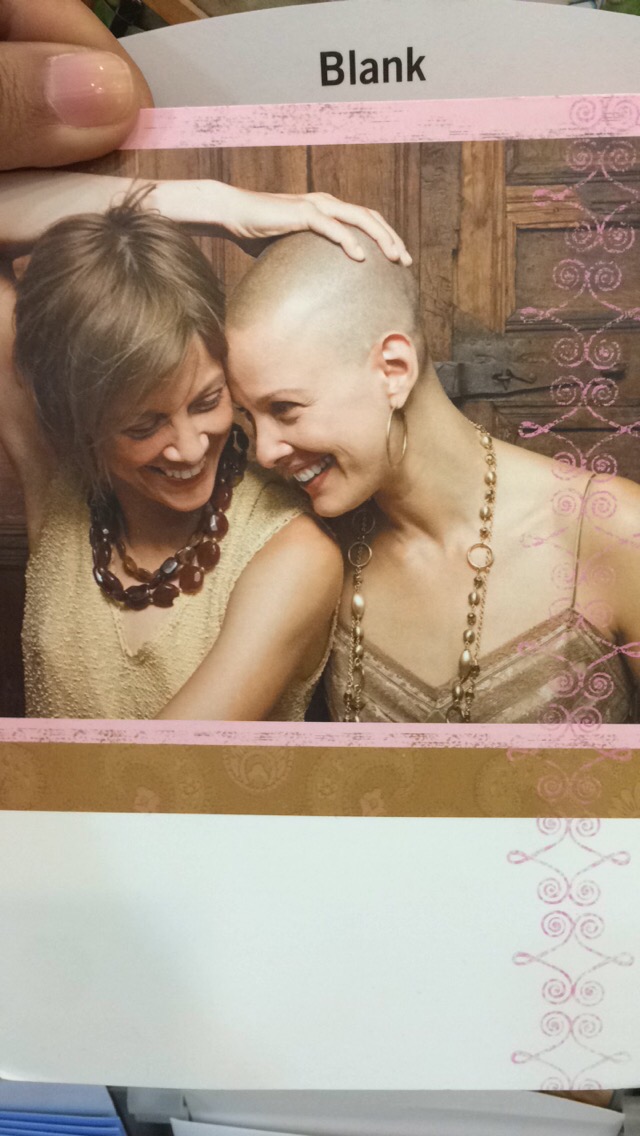 I walked through the aisle at the Sultan Center today, trying to find the usual groceries we used to buy. My purchases have changed. My needs have altered. My hand reached for the canned mushrooms, and I heard your voice complaining about freshness.

“Don’t forget your vegetables. Get them fresh. No, no, that one – this one looks a bit discolored.” There. That was definitely your voice speaking to me. Clearly, that was your agitated tone, and the apologetic smile.

Hands fumbled as I examined the greens.

Then someone smiled at me. I wondered what you’d say.

The stranger smiled, and walked away. I thought about your smile. You had smiled endlessly, countless days, and you had still walked away, left me barely standing on my own. I know that life is all about moments. I know that we are doomed, and I know that we make our own realities, and we make choices. Choices are all about constraints and chains. But then again, there are choices that liberate. There are choices that help us rise from the ashes.

Would you do it all over again?

I can’t answer that question, but I’ll ask you. And I know you can read between the lines – so are you still you?

The photo is from I Wrote This For You by Iain Thomas. 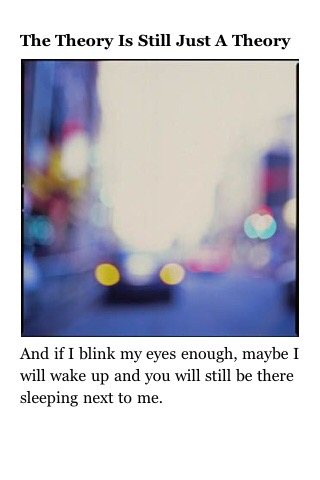 There are very few beautiful boundaries in the world. But you are by far the strangest definition of a chimera.

Light brown eyes,
too close for comfort,
too out of reach.
There’s too much of you here.
There’s too much of me over there, left behind.
Admittedly, I have not seen much.
But I want to see you.
And I thought I heard it all, until you said there are intimacies that suffocate –
And there is a lightness in just being.
Maybe I’m a tad bit confused,
but darling I’m not ready to unconfuse myself.
So

box me up, and take me home.

Human connection is endlessly fascinating. People are always in at least two different dialogues, one that is actually spoken, while the other remains unspoken, unvoiced. And then of course there is the monologue inside your head – which is not to be confused with the unspoken dialogue that you are having with others.

I am negotiating different understandings of life and love. Loving yourself sometimes borders on narcissism. And loving others more than yourself borders on a lack of self-worth. To strike up a balance, to find that supposed place of equilibrium is rather confusing. When placed in a dialogue with the other, borders and boundaries are re-defined, reshaped, and your sense of self stretches as you find a comfort zone. But that’s the thing. I keep discovering that comfort zones are constantly shifting, changing, and what I am comfortable with today is not necessarily what I find safe tomorrow.

When the ground is never as solid as you think, when variables change, it is important to maintain stability. And this stability is what I question. Do we find solace in the familiar, in routine, in stability? I am wondering whether words can speak on behalf of this in-betweenness, of being both here and there, of two or three simultaneous dialogues, and of being both in the present and glancing over your shoulder as tomorrow looms closer.

And that’s all for now.

When you tell people you’re a feminist, especially academics, they expect you to believe in some universal definition, in a description that almost sounds formulaic. When you tell men that you’re a feminist, they tend to cringe or roll their eyes. Then there are those who refuse to be labeled as feminists, for fear of identifying as less feminine, more butch, and isolating the opposite sex.

But I am a feminist. And in a very personal sense. Most of my friends and social circle today believe that I have always been a liberal, that I grew up granted a freedom which others would view as normal human rights. This wasn’t always the case. By the age of four, I was aware that everyone around me made fun of my curly hair. Both women and men, even random strangers, advised my mother to tame it, to make me look more like a girl. When I started school, the dress-code was dresses for girls. This wasn’t okay with me. And so my mother let that spark of rebellion grow – until that spark turned into anger, and anger turned into motivation, and motivation turned into a desire to be treated equally, equal to my brother, who at the time was treated better at home, even though he was younger. He had something I didn’t have: born with a male organ. It was that simple.

When I tell people how constricting my childhood and teenage years were, they smile in disbelief. Yes, I was in a private, co-ed school. But nobody knows how hard my mother fought for my education (and my sisters’, for that matter). In my father’s community, girls were meant to be married by the age of 18, if not earlier. They were meant to cover up. To wear long dresses. To tie their hair. To not attract attention. To not have guy friends. To learn how to cook. To eat after the men in the house, never eat with them. To stand meekly near the door while they shoved their way in. To bow their heads when spoken to, never to talk back, and to always, always, appear as polite and modest as ever. How does that fit with the ideals of an American education? Paradoxical much?

My mother introduced me to feminism at a very young age. She made me listen to Nawal Elsaadawi, because I had trouble reading her works in Arabic. She grew up in the 70’s reading Nawal’s controversial and feminist declarations, sneaking her books into bed, and was constantly criticized for identifying with her. People around my mother labeled her as dangerous, immodest and wild. But it was this very same lack of immodesty, this wildness, that equipped her with the tools necessary to help liberate her own daughters. Standing in the face of a Bedouin community, she insisted on equal educational rights, on teaching her daughters that female slavery was not acceptable, and that there was a way out – no matter how long the journey took. It was no easy task. I recall crying and screaming at her to get me out of a community that made me feel inferior, shameful, and constantly lacking. I hated how school was marketed at home as a privilege, rather than a right. My peers believed school was their right, having boyfriends was natural, wearing stylish (and revealing) clothes was normal, and grades didn’t matter as much as having fun. For me, everything was considered a privilege, and could be taken away at any given moment.

My mother was shunned for her beliefs, and she was accused of raising women that would one day be too rebellious. But I know that if it weren’t for her, I wouldn’t walk out of the house with my head held high. I wouldn’t love my curls. I wouldn’t wear jeans proudly. I would worry about how society labels me.

The point of this long post: I took my younger sister to a conference where Nawal Elsaadawi was speaking. She got to meet her, and I got my mother a signed copy of one of her books. I told Nawal my mother raised us to be rebels. My sister was ecstatic, because like me, she has been raised to fight for herself and even more than me, to fight for humanity. My sister is a young activist, interested in human rights and politics. And my other baby sister is an artist who believes in breaking rules and transcending boundaries. We are three very different women, all the product of one Feminist, mom, who made sure we got an equal shot at life.

Here is an excerpt from Nawal’s speech at the Emirates Festival of Literature: