A beautiful song, worth sharing: 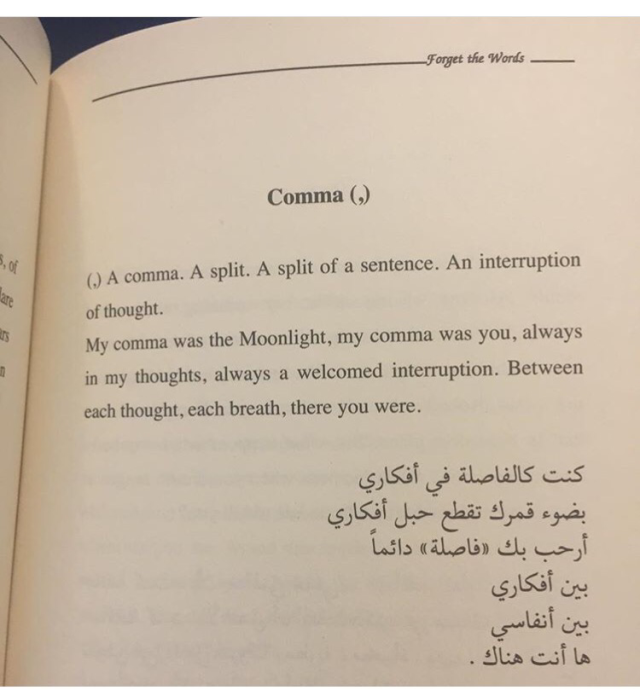 I recently experimented with a release of a small prose-poetry book. It doesn’t really have a genre and I was approached by a local publisher (they only publish Arabic books), so I was hesitant and didn’t think the book would receive any attention. Forget the Words is not as close to my heart as On Love and Loss which is still selling rather well on Amazon.

But this is not the point of this post. The book managed to reach a few people’s hearts, on a very intimate level. Firstly, my mother read and understood it, and she was able to see that the book was fragmented because I believe in fragments and inconsistencies. My mother is not one to enjoy English books, which reminds me of Amy Tan’s “Mother Tongue” – in which she asserts that as long as her mother could enjoy her work, then this means she can reach a wider audience.

I received feedback from people I hadn’t  met, sending me messages, emails, letting me know that the book spoke to them, that they were able to connect. Some were previous students of mine, others were new, and then there were those who had simply heard of the book by word of mouth. I am overwhelmed with the amount of citations on Twitter and Instagram! I type in #forget_the_words and random pictures come up with quotes from my book! It is, needless to say, an exhilarating feeling.

When I wrote the book, I was simply angry with words, with life, and I hurled the book at the world. I didn’t care for its success. I haven’t even shared it with all of my colleagues, it is not academic, not scholarly, not what I would term creative fiction. One colleague though, and a beautiful friend of mine, Janet, took the time to read it and reflect upon it. I think that’s what really got me- she actually did reflect on it. She didn’t read the book because I wanted her to read it (at least that’s not what it felt like) and she was able to make the links, the connections. She told me that the words took her to another place, that she was immersed within the dialogue and the symbolism, the metaphors I used. And that’s precisely it, I just hadn’t realized it. Janet helped me put it into words, and I’ll just borrow her analysis here: I wanted those who read it to feel as though the dialogue wasn’t mine, that the Sun and the Moon represented much more, and that human connection and depth is all we could ever live for. I seek depth everywhere. I seek depth in conversations, in friendships and relationships. Like Anais Nin once wrote: “I must be a mermaid, I have no fears of depths and a great fear of shallow living.”

So the book has given me a chance to connect with people on a deeper level. I am grateful to whatever entity is in charge, the Universe, the publisher who took a risk publishing in English rather than Arabic, my friends who read the book, readers who I never met, and those who took the time to think about the words, when I so blatantly asked them to ‘forget the words.’ 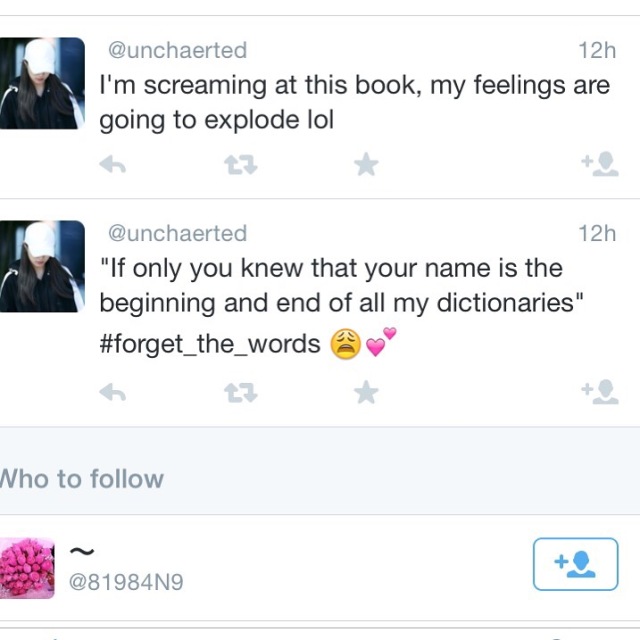