How many times have you found yourself thinking “Carpe diem” is so cliché? When did it lose its effect? I’m certain Horace would’ve never anticipated that the phrase would turn into a way of life. But the truth is, most of us don’t seize the day. We think we’ll be superhuman today and tomorrow. We think we’ll get yet another chance to do everything we want to tomorrow, tomorrow, I love you tomorrow *sings Annie’s musical for you*…. but the way I see it, the cliché here is assuming we’ll still get another tomorrow, and a bunch of tomorrows where everything works out in our favor. Pessimist? I think not. A few months ago, I didn’t want another tomorrow. I was on medication that was meant to help increase my energy, and it did wonders, but left me immensely depressed and horribly sad. I was angry at the world, at my existence, and I was just unmotivated. I didn’t want to get out of bed in the morning, and when I did, I complained about the possibility of yet another day stuck in a suffering body.

But this post is supposed to be about positivity and life. One of the beautiful things I have re-discovered is friendship. I met someone who was eager to get to know me and listened to my complaints, my heartbreaks, and my fears. Sara, my good friend, pushed herself out of her comfort zone to help me out of mine. She was surprised when she found out that there were many things I was afraid of doing, many places I hadn’t seen, and that I was struggling to make sense of pain, in all of its forms. So Sara and I both helped each other recover a sense of youth and positivity. We planned a trip to Beirut, Lebanon, and I was worried I would not be able to keep up with her and her friend, who was also traveling with us. I have not been able to keep up with people my age for years. I simply have learned to avoid trying to keep up. I have felt embarrassed and worried, and I used to hate being called a “party pooper” – the person who goes to bed early and cannot go crazy, as crazy as young and healthy people are supposed to be. Sara was an amazing tour guide, a beautiful friend, and a great deal of support. She has been referred to as “too kind” by those around her. That’s where I think people are wrong. When did kindness become a flaw? Because of this supposed excess of kindness, Sara helped me out of my comfort zone. Beirut wasn’t just beautiful because of its scenery, its simplicity, its people, but it was beautiful because it was an experience that reminded me of the ability to live, to move forward, and to have friends who love you just the way you are. Traveling and sight-seeing requires effort, both physical and mental. I was scared I would not be able to do it, but I did (and it was no easy task). But again, my friend was understanding and supportive, she drove most of the time and kept urging me to take naps in the backseat of the car.

We went to a place called Faraya, where we rented snowmobiles and drove around in snow. Because my hands are not so trustworthy, and my physical stamina can betray me at any given moment, I wasn’t sure I could drive. Sara understood, but then asked me to just try. The magic words: “Just try.”  Cliché? You’d be surprised. I joked about allowing someone with MS to take control of the wheel (or pedals). But I did ‘just try.’ And I loved it. The thrill for me was not simply driving a snowmobile- it was actually being able to do something different, something I usually cannot do. Of course the pain comes afterwards, but as usual, no regrets, no regrets. ﻿ 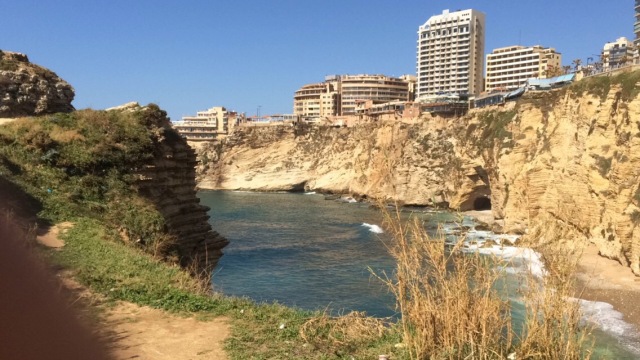 Here are some pictures of Beirut . And again, people, seize the day. Really. And that’s all for now. 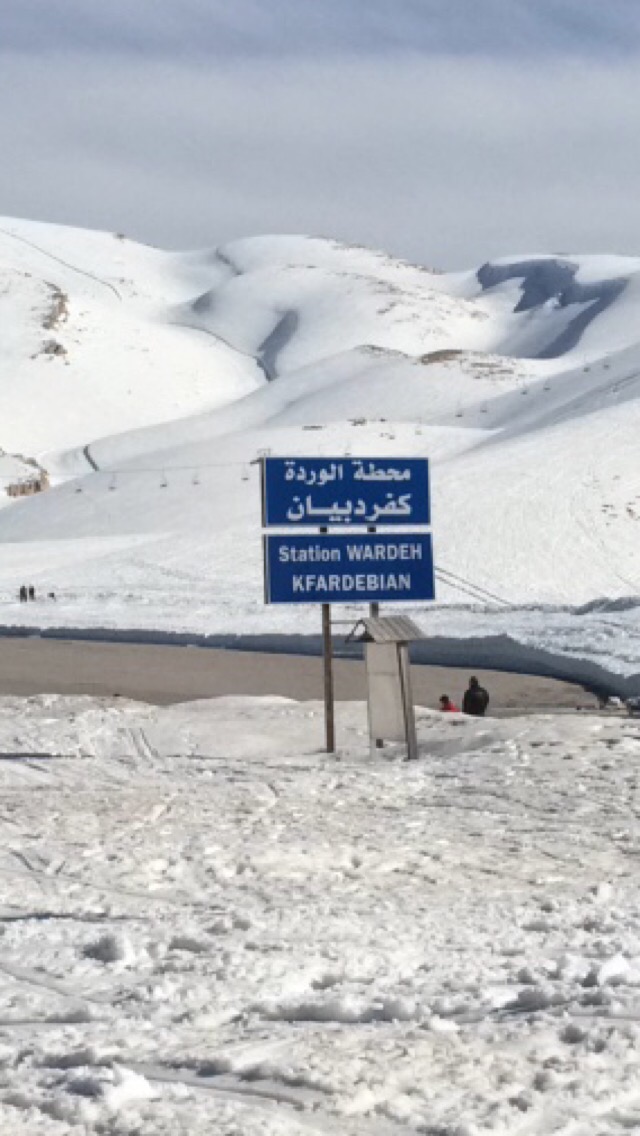 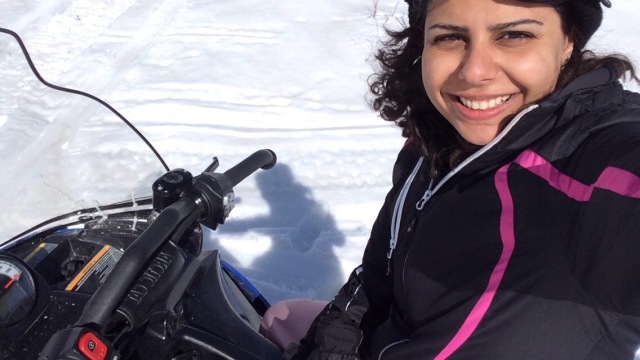 I have always known I wanted to teach. Teaching for me is not a job. It is a lifestyle. It is a commitment, a relationship that provides security, love, and support. When I teach, I give and receive knowledge, and knowledge, for me at least, translates into love. There is an endless pursuit of education, of eye-openers, of moments where something finally clicks. And then you start all over again. A new batch of students. A new course. A new approach. And with each fresh start, the passion is reignited, and we get back into the game. So here’s to a new semester.

Of course, teaching is never just about what degree you have. There are tons of academics who have neglected their basic role in the Humanities – reminding people how to be humane. The Humanities: all about respecting the other, wanting to learn from the other’s perspective, and being open to everything. It’s all about equality, it’s not a hierarchy, and I sometimes wish academics would admit that. It’s not about instilling inferiority complexes, it’s not about intimidation, and it’s not about power. Teaching, if anything, is all about modesty. It’s about being able to excel at maintaining a balance between lecturing and listening, dictating and receiving.  For me, mostly, it’s about human interaction.

Only a few teachers and academics have helped me view teaching as an art. Those remained with me forever, and I continue to ask myself how they would do it so naturally. Sometimes, when I am stuck with a particular theory, or a new course I am afraid to approach, I ask myself, how would Dr. Muzaffar or Dr. Al-Nakib handle it? I constantly shift between being a student and an academic, re-adjusting my mindset accordingly. Dr. Muzaffar taught me how to be a critical thinker, open to receiving criticism from others, and accepting that it’s okay when you really don’t know what you’re doing. And, as an undergraduate who struggled with an invisible disability, Dr. Al-Nakib urged me to keep fighting, to rely on myself, and she accommodated my disability – which, at the time, I only revealed to her.

Academia for me is about a desire to stay alive and functional. It almost got taken away from me, at a very young age. Perhaps that is why I hold on to it. I find value in education and in literature. I start teaching a new group of undergraduates soon, and as always, I can’t wait to see how it plays out.

And that’s all for now.